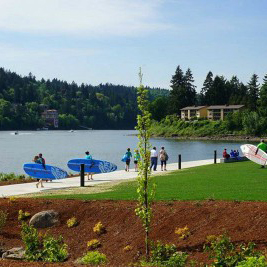 Up until just recently Milwaukie was a sleepy suburb of Portland. With the growth of Sellwood and Westmoreland as well as the new Orange line ending in Milwaukie, the community now is more than a sleepy suburb. The heart of the downtown area has grown with new businesses, a weekly farmers market, and many renovations that have happened and are still happening today in the neighborhood. They have a huge planning committee that gets many involved in improving their space in more ways than one. The Portland Waldorf school has moved their campus to downtown Milwaukie as well. 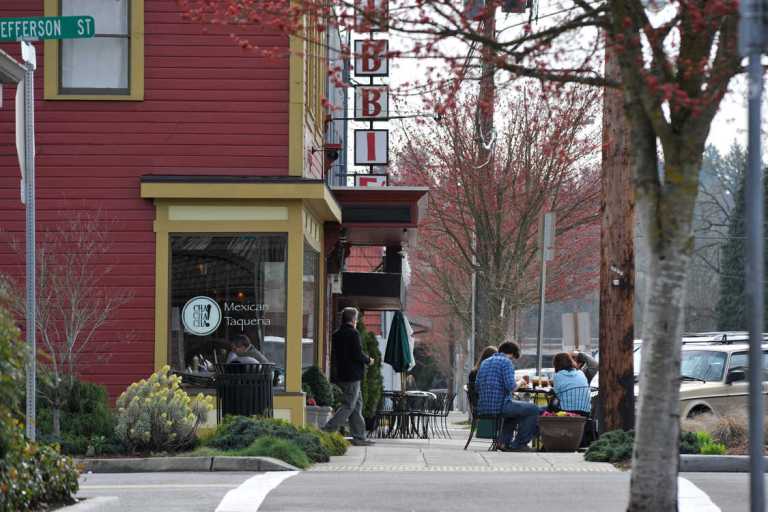 The city was originally found in 1847, one of the oldest areas in Oregon! Some of the renovations include the downtown area streets, retail stores and one of the biggest recent improvements includes a new and improved riverfront park. The Riverfront Park was a 2.2 million project that has completely transformed the area. The grand opening of the park just occurred this past May. The park now includes much more parking, boat tie ups, improved ramps, access from McLoughlin street, and great views. 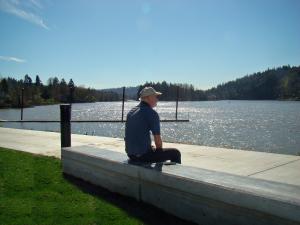 One of the oldest attraction in downtown Milwaukie area is the Wunderland Milwaukie Cinema. An old-time theater and arcade, where all arcade games are only 5 cents to play! A great place for birthday parties or just some weekend fun. The Springwater Trail also runs through Milwaukie so hop on your bike an try out some of the newest restaurants or shops. Ohana, the Hawaiian cuisine chain, has opened recently on main street of Milwaukie, located in a much more renovated area. Or if you have a big sweet tooth be sure to stop by Enchante, a candy shop with all types of goods, also located on main street. 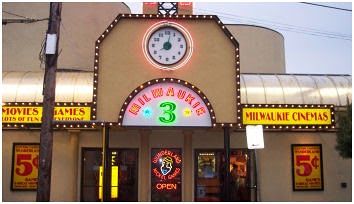